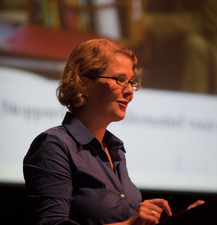 Esther Peeren is Associate Professor of Literary and Cultural Analysis at the University of Amsterdam, Vice-Director of the
Amsterdam School for Cultural Analysis (ASCA) and Vice-Director of the Amsterdam Center for Globalization Studies (ACGS). She is
the author of The Spectral Metaphor: Living Ghosts and the Agency of Invisibility (2014) and Intersubjectivities and Popular Culture: Bakhtin and Beyond (2008), as well as the co-editor of Popular Ghosts: The Haunted Spaces of Everyday Culture (2010), The Spectralities Reader (2013) and Peripheral Visions in the Globalizing Present (2016).