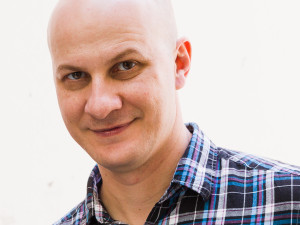 Dr. Fabrizio Augusto Poltronieri is a researcher in the fields of video game studies, computational aesthetics and interaction design and an artist with expertise in development of creative code using several languages and libraries. With a PhD in Semiotics for his thesis on the role of chance in computer art, Poltronieri has also developed a Postdoctoral study on the early days of computer art at the Royal College of Art, in London, UK, and as an Academic Visitor at the Gamification Lab of Leuphana University Lüneburg, Germany, researched about the production of knowledge using video games. In 2008 he published a chapter on the relations between art and video games in the seminal Brazilian book about the subject, “Mapa do Jogo” (Map of the game). He is also the co-editor of the volume “The permanence of the transient: Precariousness in art” (2014).