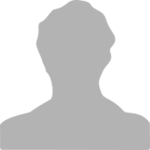 Kostas Axelos was a Greek-French philosopher with an emphasis on the studies of Karl Marx and Martin Heidegger. His two doctoral theses were on Heraclitus and Marx. In addition he translated Heidegger, Georg Lukács, and Karl Korsch. He is best known for his works on the concept of the world, particularly the 1969 book Le jeu du monde; as one of the editors of the journal Arguments; and as editor of the book series of the same name published by Les Éditions des Minuit. Axelos is, however, much less well known in the English-speaking world, since Introduction to a Future Way of Thought: On Marx and Heidegger is only the second book to be translated to English. The first, his book on Marx, appeared in translation (1976), but none of his other full-length works has yet. (Cf. Elden, Stuart. “Introducing Kostas Axelos and ‘The World'” In Environment and Planning D: Society and Space, 639-642. Vol. 24. 2006.)