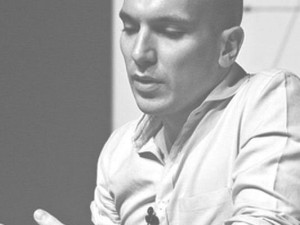 Matteo Pasquinelli (PhD, London) is visiting Assistant Professor at the Department of Humanities and Media Studies of Pratt Institute, New York. He wrote the book Animal Spirits: A Bestiary of the Commons (Rotterdam: NAi, 2008) and edited the anthology Gli algoritmi del capitale (Verona: Ombrecorte, 2014) among others. He lectures frequently at the intersection of political philosophy, media theory and cognitive sciences in universities and art institutions. Together with Wietske Maas he wrote the Manifesto of Urban Cannibalism (2013). In 2014 at NGBK Berlin he co-curated the exhibition The Ultimate Capital is the Sun and the symposium The Metabolism of the Social Brain.