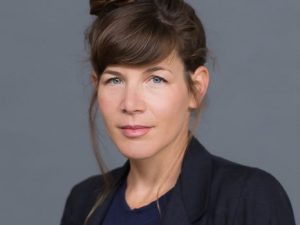 Laliv Melamed is a postdoctoral researcher at the Graduiertenkolleg “Configurations of Film” at the Goethe University, Frankfurt. Her forthcoming book Sovereign Intimacy: Israeli Homemade Video Memorials and the Politics of Loss, is based on her dissertation with the same title that was the recipient of the 2017 SCMS Dissertation Award. She had published in English and Hebrew on topics of non-fiction media forms, Israel-Palestine, and the militarization of everyday media practices. Her most recent publications appeared in American Anthropologist Review and New Cinemas. She is the co-editor of the “Screen Memory” issue of International Journal of Politics, Culture and Society and a special issue on documentary infrastructures of the journal World Records, entitled “Ways of Organizing.” She is the director of the 2020 edition of Visible Evidence, the international conference for documentary and non-fiction film and media to be hosted by Goethe University, Frankfurt. In addition to her academic work, Melamed is a film curator and a programmer.